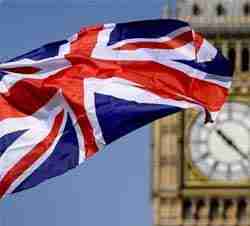 “DPS Advertising” business in Great Britain is developing smoothly and is on the rise. We have stepped in to Great Britain’s market four years ago as a small business, situated in a London suburb, a branch of our company named “Promo signs Ltd”, employing five local Lithuanians. That number has doubled by now.

“A colleague was selling advertisement signs and ordered some of them at our business. That is when the idea to establish a company in England has been born, it would cut down costs and we would get closer to our customers. So, my former acquaintance became my new business partner” – says the head of “DPS Advertising” Tomas Alisauskas.

“DPS Advertising” and its subsidiary company provides printing services (of various formats), produces advertisement signs, stands, advertising car wrapping and other advertisement production services. Our company is established 16 years ago and during this period we are proud to say we have worked with companies such as: „Sorbum LT“,„Sportland LT“, „Adidas Baltics“ „Videvita Vilnius“ (TBWA), „FPI Baltic“, State enterprise “International Vilnius airport” and „McCann Erickson Vilnius“.

Our company cooperates with the “London Displays” company, which is active in both England and USA, other media and advertising companies as well as the “Chelsea Football Club”. The company is proud to announce it has Lithuanian businesses active in England as their clients, like the Lithuanian foods store chain “Lituanica”.

A part of the foreign orders is produced in Lithuania due to higher technological capacity and cheaper production cost and transported to Great Britain afterwards.

“Great Britain – a country with a market is quite settled down, one might say. There is no fast profit, instantaneous rises or falls as in Eastern Europe. That’s why the company’s turnover increases quite evenly, approximately by 15-20 percent a year.” – says T. Alisauskas.